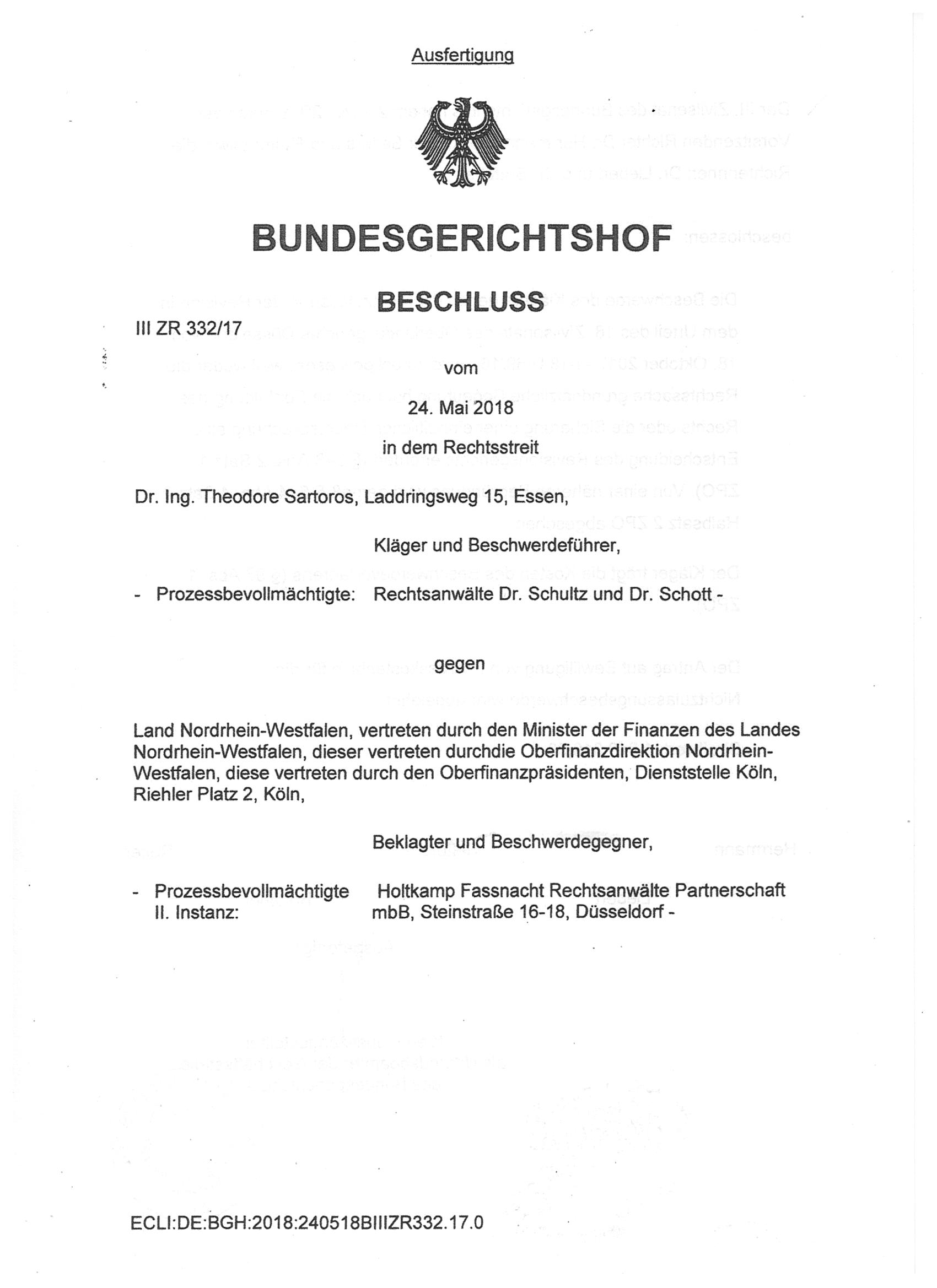 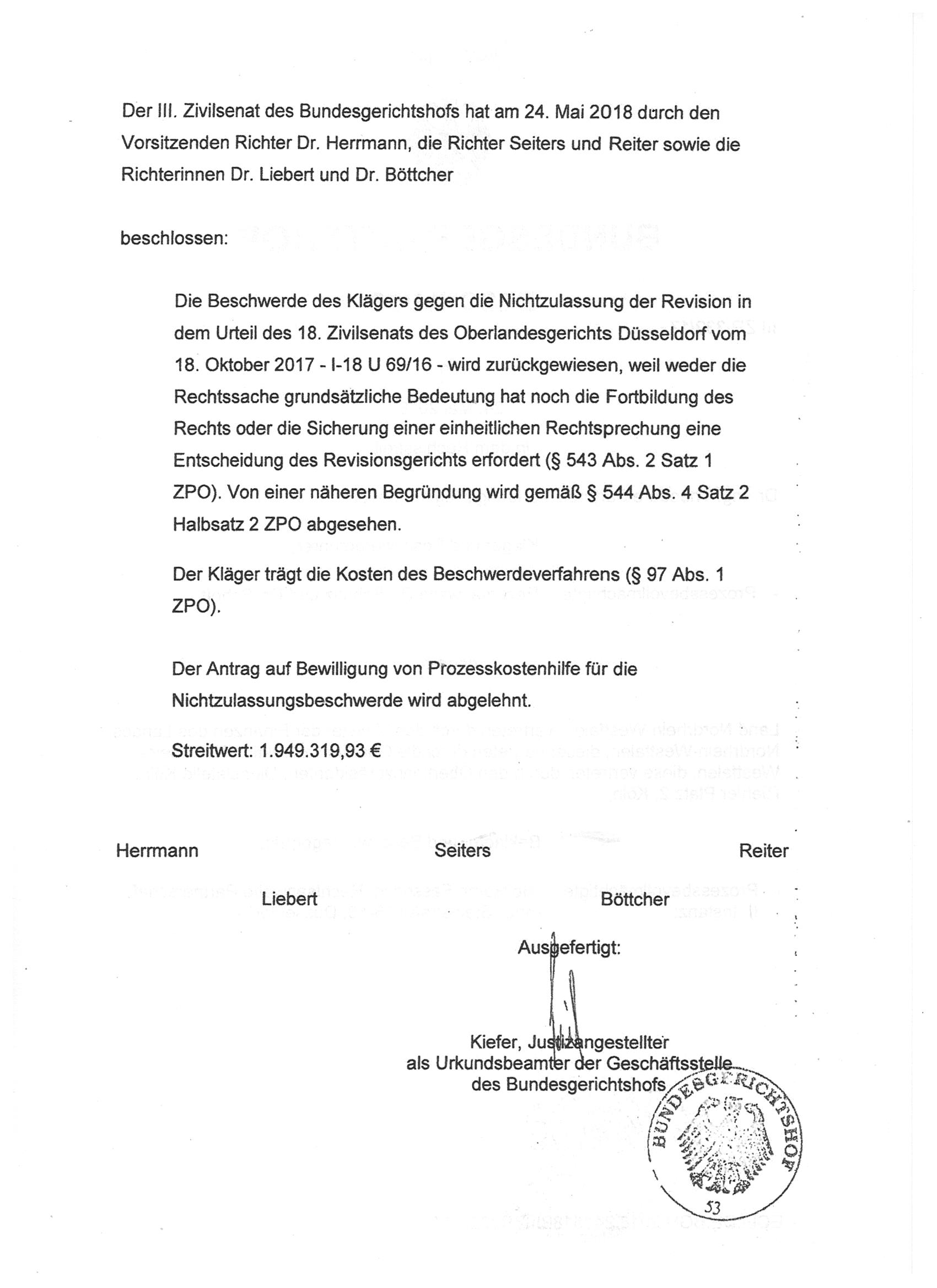 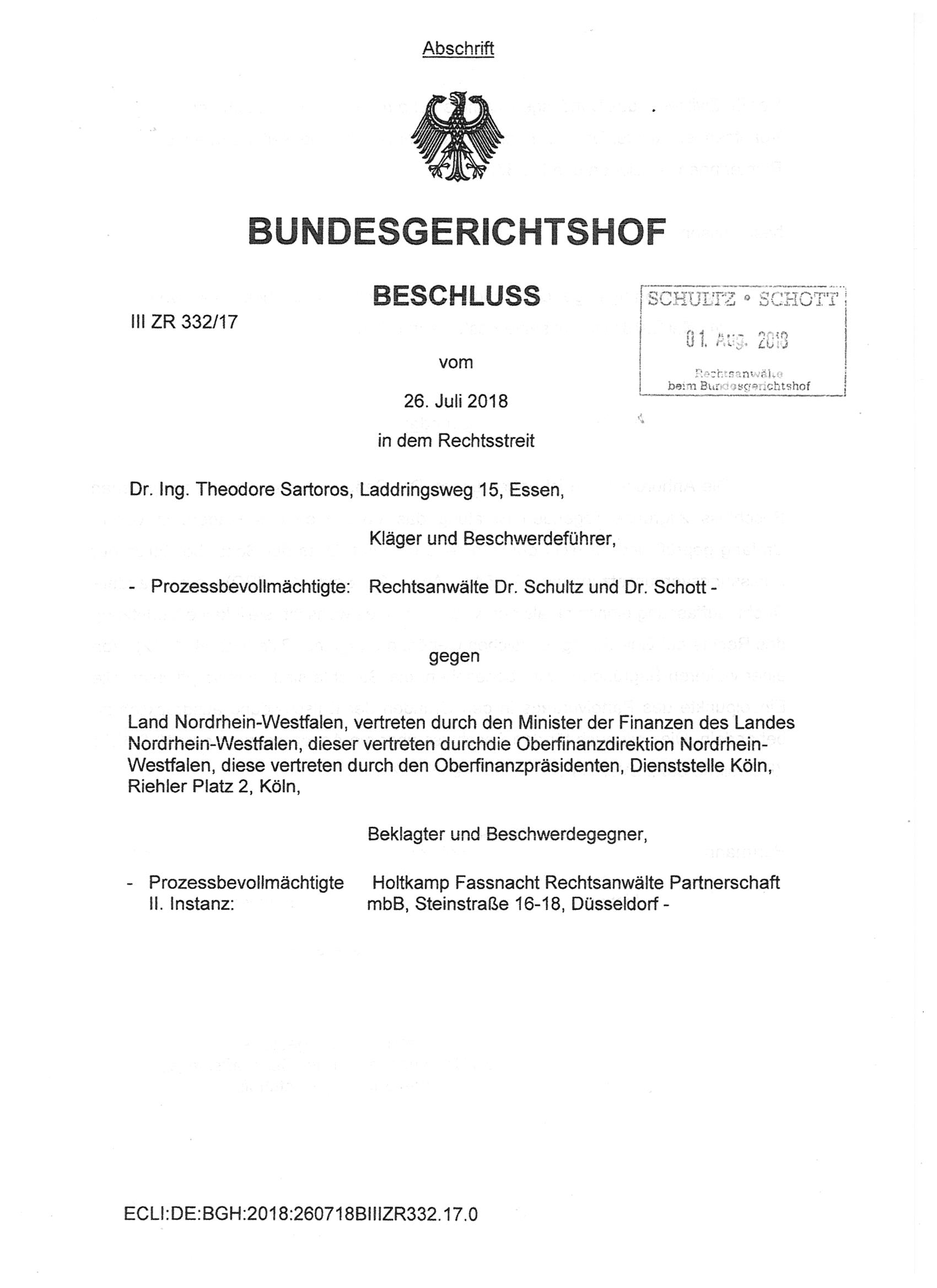 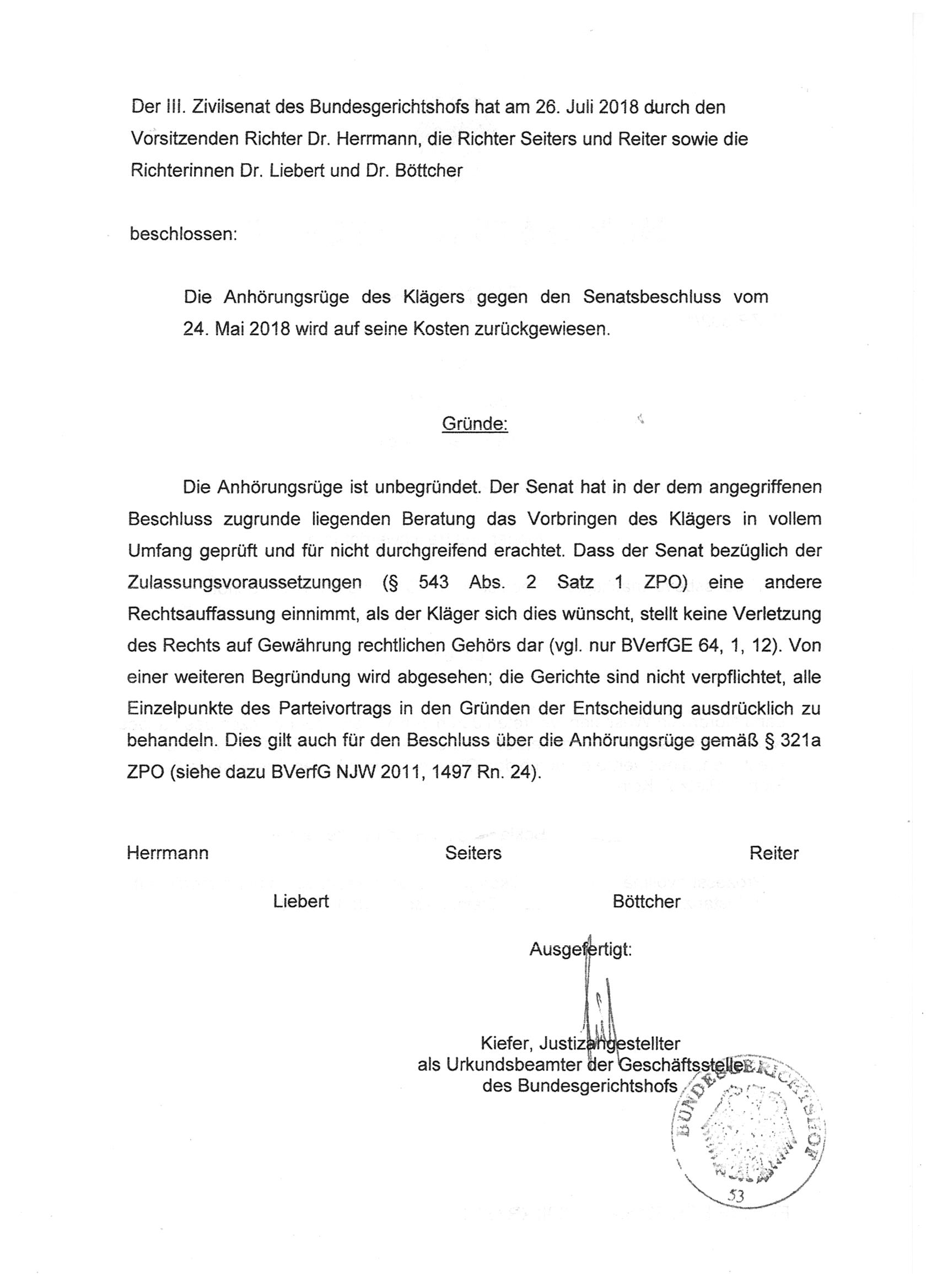 Here are only two BGH decisions mentioned, the BGH III civil Senate (Mr. Herrmann /Mr. Seiters /Mr. Reiter /Mrs Liebert / Mrs Böttcher) on May 24, 2018 ignored, at the adoption of the decision on Az III ZR 332/17 (regarding the (NZB=) non-admission complaint against OLG-Düsseldorf decision Az 18 U 69/16 from 18.10.2018 , LG-Düsseldorf Az 2b o 271/01), thus proving that it is prepared to take political decisions (and able to implement the received order) if the legal cases bring legal action for liability claims for damages amounting to millions (in €).

"As long as the harmful interference lasts, the limitation period cannot begin"

It is repeatedly recounted and evidence has been provided that the (mentally ill) bank seizure on part of FA-Mettmann for alleged tax evasion of the suitors, since 1986 or since 1989 still persist, and despite the repeated reminiscences of the complaint and the repeal requests of 3 heads of the FA-Mettmann from 1988 and 1989 bank seizures are still not repealed.

The damaging procedure is still going on, and according to BGH case law, the limitation period can not begin.

Nevertheless, the OLG-Dusseldorf has found to Az 18 U 69/16, that the claims for damages and the claim for damages are time-barred.

The BGH-III civil-Senate (composition as above) has not responded to the arguments presented in the NZB, therefore the BGH decision of 24 May 2018 Az III ZR 332/17 is published here below.

The second verdict of the BGH is:

"A procedure is completed when all applications are granted".